Pity the land that 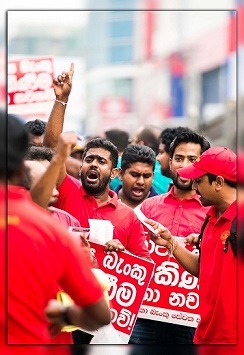 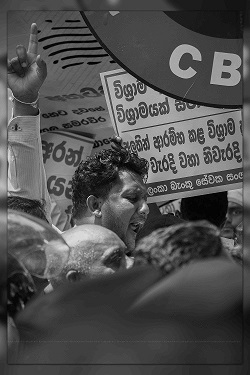 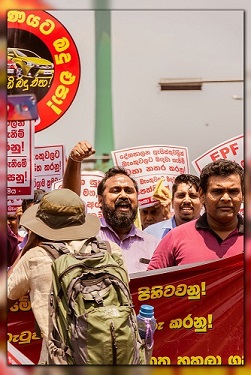 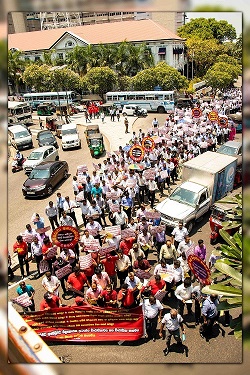 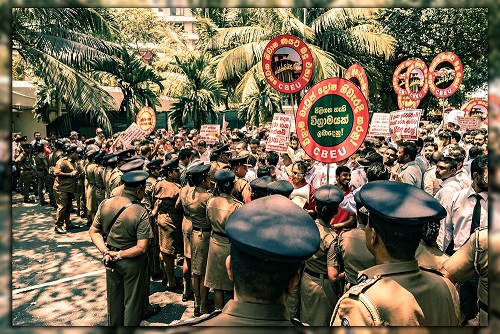 Ceylon Bank Employees’ Union (CBEU) is the single largest trade union operating across the banking sector of Sri Lanka with an unblemished history of not being biased in its dealings according to the agendas of party politics. CBEU has presence in 18 out of 33 Banks operating in the country with a Membership exceeding 28,000 or more than 50% of country’s banking professionals. Its Membership is open to all employees in the banking sector irrespective of their official designations, gender, political believes, ethnicity, cast or creed. CBEU unconditionally protects and to develops the rights and privileges of its Members at all times. The Collective Agreements it signs periodically at every Member Branch Union grant its members improved remuneration packages as well as working conditions. It also provides various welfare activities to its Members and their families in the form of donations and scholarships. The Union’s non affiliation to any political party does not restrict it from dealing with any politically sensitive issue, affecting the rights and privileges of its Members and the working class as a whole. CBEU being a responsible worker movement is also concerned on matters of the political arena which affects the ordinary people of the country as well. For this purpose CBEU builds meaningful mutual bonds with our other local and international counterparts. It is proactive in forming Fronts / Forums / Groups / Study Circles with other bodies of the global working people which share same sentiments. CBEU individually and collectively organises public awareness programs to enlighten and empower the working people as well as the general mass of the country. The Union would even go to the extent of engaging in solidarity actions to protect the rights of the people of this country and of our global counterparts.